Posted on January 12, 2014 Categories: Uncategorized No comments yet 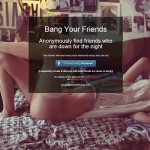 I have never done the blind Facebook pursuit but I’ve had it done to me a few times (and I was cool with it). If you’re going to use Facebook or Twitter as an online dating website, treat your pages as such:

My stance is, do what you’ve gotta do for a date but if there’s a likelihood that you could meet this person in real life instead of on Facebook, do it! I’m sure you’re much more charming off the internet. Next time your friend throws a party, ask them to invite the girl/guy you’ve been eyeing up or throw a party and tell guests to bring friends.

P.S. – Apps exist for this reason. (See Zoosk or Are You Interested?)