Posted on October 31, 2013 Categories: Uncategorized No comments yet 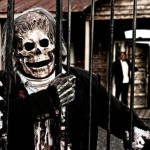 If you don’t already have set plans, here’s where you can find them…

I’m too chicken shit, too cheap and too lazy to leave the city so I’ll be at Ottobar’s Haunted House tonight and/or tomorrow but for the brave souls… see above. Most are opened through the weekend for your pleasure. Also, don’t forget the list for tonight if you’re still up in the air.