Posted on September 19, 2013 Categories: Uncategorized No comments yet 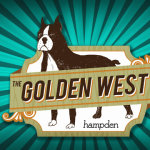 Now that it’s cold outside, this is pretty much the equivalent of the free movie in the park! (Which I must add finally did this summer.) I’ve never been to either of these free movie nights but Johnny Rad’s used to have them and they were a blast! The highlight being watching The Sandlot in a room of a bunch of twenty & thirty somethings who all halted conversation during the lifeguard scene of The Sandlot and then cheered after the kiss!

Bring A Date?
The movie makes it seems like you actually planned a bit for the date even if it’s just a standard bar date. Golden West has a late night happy hour and since Ottobar doesn’t have food they’re nice enough to provide free pizza! Talk about killing two birds with one stone. If you had gone to a standard movie, you couldn’t really duck out early if it sucks.

Find A Date
Come on, it’s still a bar. You don’t need my guidance here. Either way, it’s an excellent excuse to walk up to someone and say, “Hold on to your butts!”