Posted on December 6, 2013 Categories: Uncategorized No comments yet 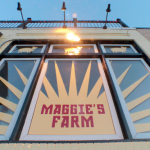 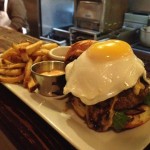 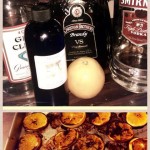 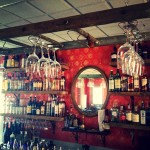 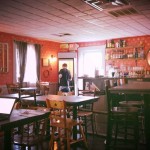 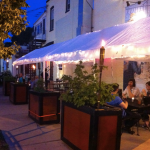 I don’t do this often but some restaurants are worth a mention.

I was out in the suburbs for the holiday so I suggested a date outside of my normal 3 mile radius to Maggie’s Farm. I don’t know when Lauraville/Hamilton became so cute because it wasn’t that way when i was growing up.

The restaurant is a farm to table small plates setup with mason jars for glasses and homemade lemonade (with rum or whiskey). A little pricey but almost half the cost of Woodberry Kitchen. It was basically like those vaguely country hipster-ass weddings that are a “thing” now. (Don’t get me wrong, I love that shit…)

I might add, the full sleeved slicked back hair bartenders were not hard on the eyes nor were the parade of cute brunette waitresses. The restaurant was full but fairly relaxed and the music playing comprised of The Avett Brothers and a bunch of bands that sound just like The Avett Brothers.

The burger was $14 but may have been the best burger I’ve ever had and worth every penny. It had aged cheddar, iceberg lettuce, bacon dressing, shallot jam and a fried egg. It also came with garlic fries (not as good as Brewer’s but close). We also had the Rabbit Lasagna. The food, drink, and dessert options are limited but varied (rockfish, rabbit, ham, etc.) and changes with the season.

jayunsplanet said:OH, that place used to be The Chameleon Cafe.. My parents dragged me there in high-school for dinner once or twice… That was hipster before we knew what hipster was…. so like, really just eccentric 36th St. type people.