Posted on November 8, 2013 Categories: Uncategorized No comments yet 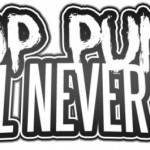 I rarely do personal posts but I hope some of my readers can appreciate the week I’ve had… As a respectable 20 something member of society, I don’t frequent pop punk shows nearly as much as I did as a child. But now that everyone is doing 10 year anniversary tours, time to bust out my best dance moves & reminisce with other kids that are realizing they’re getting old.

THURSDAY
New Found Glory and Alkaline Trio at The Fillmore Silver Spring
To understand the level of seriousness for seeing NFG: Me and my friend confused/scared security by stretching for a show in which we were not performing.

Also I had to choose between this show, Lucero at Baltimore Soundstage and Less Than Jake & Antiflag at Rams Head—which was a very difficult decision.

SATURDAY?
I feel like I should go to Ottobar for the Descendents screening just to top off this week of early 2000s goodness.

Did anyone else relive their childhood this week?